3 Techniques for Sharpening Your Critical Thinking – Critical thinkers take an issue and break it down into its smallest components, analyzing an issue from every angle. Strong critical thinking skills can put you on the path to achieving everything you’ve ever desired. They can help you rid your mind of limiting ideas that you’ve accumulated throughout your life and career.

Critical thinking is the ability to objectively analyze an issue and arrive at a conclusion that’s supported by evidence. Although critical thinking is absolutely necessary for achieving any level of success in business, this fundamental skill isn’t taught in school. 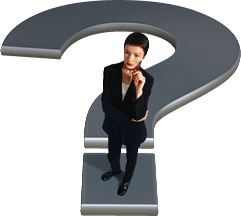 Check out these tips for how to sharpen your critical thinking skills:

Take stock of your fears, and get your hands on the cold, hard facts whenever possible. Are you afraid of flying? If so, it’s helpful to consider that you have a 1 in 11 million chance of being involved in a plane crash. Irrational fears are sometimes beyond a person’s ability to rationalize them. Learn how to think critically and you’ll find that life makes a lot more sense.

MCA is a third party debt collection agency that has been in constant business since 1950.  We are rated A+ with the Better Business Bureau and we pride ourselves on excellent customer service along with delivering great recovery rates.  There is no cost to you unless we collect!  Why not try and re-coop some of your past due accounts with no out of pocket expense?

Julie is an accounts receivable expert with over 32 years of experience. She has a Bachelor's degree in management information systems from St Louis University and has worked her way up from data entry to management. This allowed her to know and learn all aspects of the collection industry.

5 Tips for Conquering Your Fear of Public Speaking
August 15, 2021